We have 442 guests and no members online

A new version of DIY Google Dorks based hacking tool has been released, it is an extremely useful tool for reconnaissance of targets.

A Webroot blog post announced that a new version of DIY Google Dorks based hacking tool has been released in the wild and it could be used for mass website analysis, the power of the popular search engine could be exploited for information gathering during the reconnaissance phase of an attack. Similar tools could be used to acquire information on target environments by an attacker or by the pen tester to evaluate the architecture is starting to test. The availability of the DIY Google Dorks based hacking tool allows to ill-intentioned to acquire precious information on remotely exploitable websites, data that could be collected to compromise them for example deploying a malicious exploit kit or exploiting known vulnerabilities. The tool relies on Google Dorks the tools to allow a target evaluation, in particular the DIY Google Dorks based hacking tool has built-in features that can be used to evaluate the possibility to perform a SQL injection attack or to discover all the targets that aren’t protected by a CAPTCHA challenge mechanism. As usual the project appears under continuous development and the authors are still working on it to improve its capabilities with new features such as the possibility to evaluate the vulnerability to a custom malicious exploits. Composing specifically crafted queries in Google it is possible to reveal sensitive information essential for the success of an attack, thanks to the use of the advanced operator, the dorking, is possible to retrieve a huge quantity of information on a target such as:

The syntax for using advanced operator in Google is

Following some sample of keyword/advance operator:

Using more complex queries an attacker could obtain a series of information on the status of the target, for example to discover if it has been already “backdoored” and discovery which are the vulnerability that can potentially affect the system. TheGoogle hacking database provides various examples of queries that can help a hacker to find vulnerable servers, to gain information on the target, to explore sensitive directories finding vulnerable files, to find password files or to find sensitive online shopping info.

inurl:”r00t.php” – This dork finds websites that were hacked, backdooredand contains their system information allintext:”fs-admin.php“ – A foothold using allintext:”fs-admin.php” shows the world readable directories of a plug-in that enables WordPress to be used as a forum. Many of the results of the search also show error logs which give an attacker the server side paths including the home directory name. This name is often also used for the login to ftp and shell access, which exposes the system to attack. There is also an undisclosed flaw in version 1.3 of the software, as the author has mentioned in version 1.4 as a security fix, but does not tell us what it is that was patched.filetype:config inurl:web.config inurl:ftp – This google dork to find sensitive information of MySqlServer , “uid, and password” in web.config throughftp..filetype:config inurl:web.config inurl:ftp

The above dorks are just simple examples of the power of these search strings, just after 10 minutes playing with them user has the perception of the infinite possibilities that Google provides to an attacker. Now imagine a single DIY Google Dorks based hacking tool  that allows to automatize all this queries, without having particular knowledge on Google dorks … it’s the hacker heaven, what do you think about? The DIY Google Dorks based hacking tool proposed by Dancho Danchev offers a complete suite to automate the process of remote inspection of targets and their exploit, the instrument works on desktop and could be  also integrated with popular browsers to fool the search engines into thinking that generated traffic is legitimate traffic. 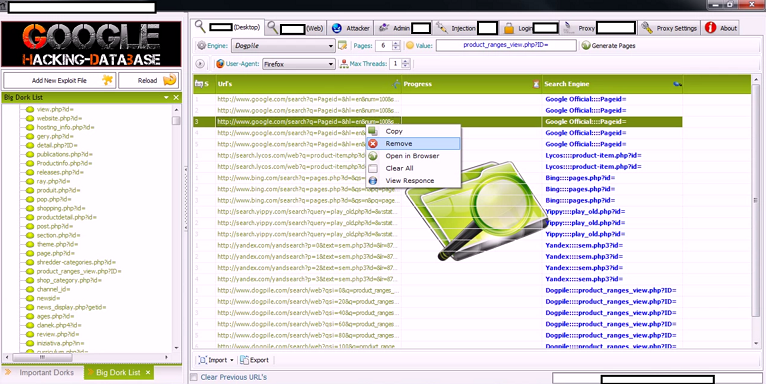 The price for the DIY Google Dorks based hacking tool is very cheap compared to the advantage deriving from its use, one license costs $10 to pay using the Liberty Reserve currency, or $11 to pay using Western Union transfer. The license are linkedto specific host due a hardware-based ID restriction, but the authors also offers an unlimited license for $20 in Liberty Reserve, or $20 in Western Union transfer. 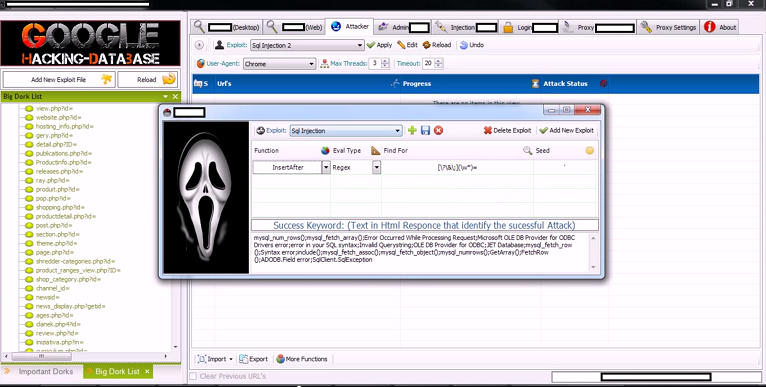 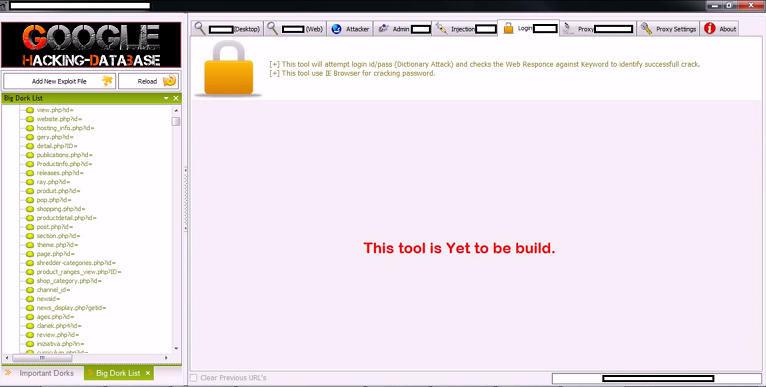 Cyber criminals can exploit hundreds of thousands of legitimate Web sites is various ways and tools such as the DIY Google Dorks based hacking tool facilitate attacks.Dancho Danchev in his interesting post described the principal techniques used to compromise website:

Cybercrime underground is in offering all necessary to organize a fraud without having particular knowledge of various technological platforms (e.g. Mobile) and proposing a new efficient model of sales such as the FaaS… it is crucial to follow the black market evolution to avoid shocking surprises.