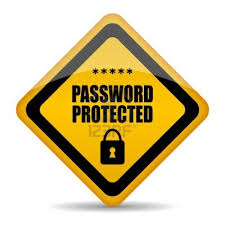 If your losst ypur passwords, you can try to crack your operating system and application passwords with various password‐cracking tools:

✓ElcomSoft Distributed Password Recovery cracks Windows, Microsoft Office, PGP, Adobe, iTunes, and numerous other passwords in a distributed fashion using up to 10,000 networked computers at one time. Plus, this tool uses the same graphics processing unit (GPU) video acceleration as the ElcomSoft Wireless Auditor tool, which allows for cracking speeds up to 50 times faster.

✓ophcrack  cracks Windows user passwords using rainbow tables from a bootable CD.  Rainbow tables  are pre‐calculated password hashes that can help speed up the cracking process by comparing these hashes with the hashes obtained from the specific passwords being tested.

Some of these tools require physical access to the systems you’re testing. You might be wondering what value that adds to password cracking. If a hacker can obtain physical access to your systems and password files, you have more than just basic information security problems to worry about, right? True, but this kind of access is entirely possible! What about a summer intern, a disgruntled employee, or an outside auditor with malicious intent? The mere risk of an unencrypted laptop being lost or stolen and falling into the hands of someone with ill intent should be reason enough.